Another year, another NaNoWriMo gone by.

On the NaNo website it says that there were over 310,000 participants from all over the world (596 regions), though I’m curious as to how many crossed the finish line (if anyone can point me in that direction, please do). But even if someone wrote only 10,000 words, that’s still 10,000 more words that they didn’t have at beginning of the month. That’s something. 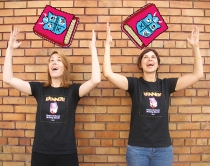 I’m also curious as to how the process went for others and what they do once they’ve finished. Editing is certainly as personal a process as the writing part is.

This year was COMPLETELY different than when I wrote my first NaNoWriMo (INTERGALACTIC) novel two years ago. In 2011, I had been mulling the story and characters over for a few months, I had written an outline (what I call a sequence and beat sheet) and some brainstorming exercises around it all, I had wound myself up, started off with a bang, kept up a steady pace, and even finished early. I also had enough time to hang out in the forum and see how everyone else was doing.

This year I only had the seed of an idea (a location in space and time and 2 characters), had completed one brainstorming exercise, had a fuzzy direction with no sense of how the story would end, and I PANTSED it like crazy. I didn’t have much time early on, or in the middle, so with a week left to go I was still at 18,000 words. I wrote the last 32,000 in the final week. I didn’t have time to reread what I had written the previous day, just went for it. Also, the only contact I had with other NaNoWriMoers (NaNoWriMoists?) was on the @nanosprints twitter page where we encouraged each other to do things like write 1,000 words in 30 minutes.

Both times I was writing something out of my comfort zone. Trying on a new genre. In 2011 it was more plot-based genre fiction (a comedic YA sci fi), this time is was YA contemporary lit. Well, okay, I THOUGHT it was going to be magical realism, but it ended up more in the realm of “unreliable” narrator. The protagonist simply views the world differently than most folks and she’s a little mentally unstable. When it comes time to pitch it I think I’ll call it “The Perks of Being a Wallflower for Queer Girls.” Right now it’s called WINTERSPRING AND SUMMERFALL (although I’m thinking of changing that to Summerfall and Winterspring, whichever sounds better).

I am definitely more of a “planner” by nature when it comes to novel writing, though totally willing to go in new directions if inspired in the moment. I definitely let the magic happen during the creative process. The fascinating thing for me about “pantsing” it this year was that the story still emerged, even without the plan. It sprang from the ethers and I just had to trust. I had to let go of any expectations and just see where it took me.

One of my favourite aspects this time around was when a particular character emerged out of nowhere. A minor character (a gay teacher whose partner is dying from AIDS – this story takes place in the 80’s) turned up, who not only took the story in a wonderful new direction, he added drama, an ally for my protagonist, and a subplot that rounded out the story really magically at the end.

I keep saying that I have a “hot mess” on my hands, but I think when I finally read it (I’m setting it aside until my holiday break), it will be more cohesive than I believe it to be. That happens a lot to me and I have enough years of writing behind me for it to be so. Structure happens a bit intuitively for me due to my fabulous drill sergeant screenwriting instructors at the University of Washington.

So, how did you do? Did you pants it or plan it?

Are you going to give it a break or read it right away?

Set it aside to germinate or dive right into your edit?

And, most of all, what were some of your favourite magical moments?

Filed under behind the scenes, do something different, Intergalactic, NaNoWriMo, novel adventures, Pantsing, Rewriting, YA literature

Tagged as NaNoWriMo, YA fiction

Every year during National Novel Writing Month (NaNoWriMo) the discussion of “pantser” (one who writes by the seat of his or  her pants) vs. “Planner” (one who outlines in advance) pops up. For the past two years I’ve been boldly promoting the “Planner'” approach:

Reading that post, I sound very convinced and quite smug. Really, there is no one way or best way to write a novel, there’s just the way that works for you. And this year, I’ve joined Team Pantser. Not necessarily because I’ve seen the light, but because I’m being forced to for lack of planning time. As a matter of fact, I can’t even begin until Nov 4, so I’m going to have to haul literary ass to catch up. 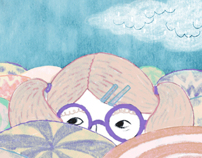 I was inspired by a recent discussion on this topic on a speculative fiction writers forum, and we heard from a few pantsers. There’s definitely something to be said for just going for it.

I spend no time outlining or researching. For me, the key to success is to achieve and maintain words-on-the-page momentum, and stopping to check an outline or fact just slows me down. In fact, anything that pushes me out of the story slows me down and is therefore banned from November.
Normally my system involves coming up with a basic idea (ok, a character and a situation) pretty much the night before. November 1st rolls around and I start writing. In the evening I spend about five minutes wondering where the story is going, scribble down a few notes about the most outrageous developments I can think of, then go to bed. Rinse and repeat:)
If the writing is slow I know I’m boring myself, so it’s time to throw in something crazy like ninjas (or whatever the equivalent is in your particular story)…

I think the success of NaNoWriMo depends on using it to fix whatever has been stopping one from writing … the two big advantages for me were giving myself the daily deadline and forcing myself to keep moving forward rather than stopping to endlessly rewrite the same paragraph over and over again until finally making enough progress to realize the paragraph/scene doesn’t belong in the book….
I always start with a vague idea of where the book is going — I’ve usually had fragments of scenes, some characters in my head for awhile—and just launch into it . . . when things slow down, I try to throw something new at my protagonists to keep them hopping…
… But—and this is important— putting this pressure [of the NaNo]  on oneself shuts down internal critic, so images and plot twists and characters pop out of nowhere, things I couldn’t possibly force out of my subconscious if I allowed the boys downstairs a moment’s thought. So what happens is, in desperation to feed the wordcount, they hand anything brainstormed out the door, and some of it is way better than you get thinking about it. I often over think stuff and always over critical to the point of cutting off ideas before they have had a chance to develop into something workable. NaNoWriMo forces one to just go with it and see what works. So…that can often be very helpful

Now, if all this pansting talk has gotten you inspired and you want to join in, but you have NO IDEA what to write about. Sherry Ramsey sent along an article she posted on “random generators” to get you started:
Help for the NaNo Panicked Part One
As well, she has a slightly different version of my 50 First Lines exercise:
Help for the NaNo Panicked Part Two
I’ve actually never used one of my 50 First Lines exercises to write a novel (though I’ve gotten several short stories from them), but why not? You have to start somewhere.
I wanted to add that doing that NaNo takes a bit of “pantsing” no matter how much you like to plan. You need that momentum in order to finish 50,000 words in one month. The editor is going to have to be left behind simply to finish. And I really like that aspect of it.

If you’ve never done the NaNo, it’s a pretty unique experience. And there’s more to participating in NaNoWriMo than simply writing an entire novel in a month, although that’s pretty cool. There’s also the community, the dialogue, the sense of purpose, and the support. Oh, and the fun.